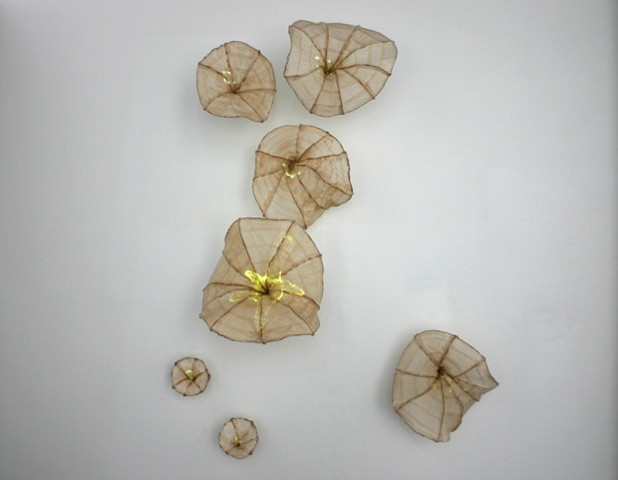 The current state of industrialized labor within the global economy allows for fast-paced consumption in the United States without a thought of how, where, why, and under what circumstances goods are made. Intimacy, which lies at the heart of exchange, is lost between consumer and maker, as their relationship becomes increasingly distanced. I am interested in catalyzing intimacy between the viewer and my work by making visible the input of labor and the rituals involved in the making. In my studio practice I explore the ways in which meaning is imbued through the labor invested by the maker. I use the objects and installation spaces I create as an exploration of interaction, intimacy and exchange.

Ever since I was young I have personified the objects around me. I refused to eat the second-to-last gummy bear in the bag because I didn&#65533;&#65533;&#65533;t want the last one to be lonely. Similarly, I worried about a popsicle stick as I threw it out, thinking of the desolation it would experience in the vast sea of garbage towards which it was headed. This empathy with objects has stuck with me through adulthood, and I retain the impulse to humanize my interactions with the inanimate. I believe this empathy lies at the heart of human interaction and at the heart of intimacy, and it is an integral part of the rituals involved in my making.

The emotion that I invest in a project, in the form of physical and mental labor, possesses an inherent value. My process involves a ritual of material exploration: making felt from raw wool and paper from abaca pulp; employing the precision of embroidery and piece stitching. I explore the questions raised by these time-consuming rituals: How does hand labor and invested time increase the value of work? How is the making special of an object communicated? I focus on the effects hand labor has on the relationship between the viewer and the object, and what kind of meaning that labor holds.