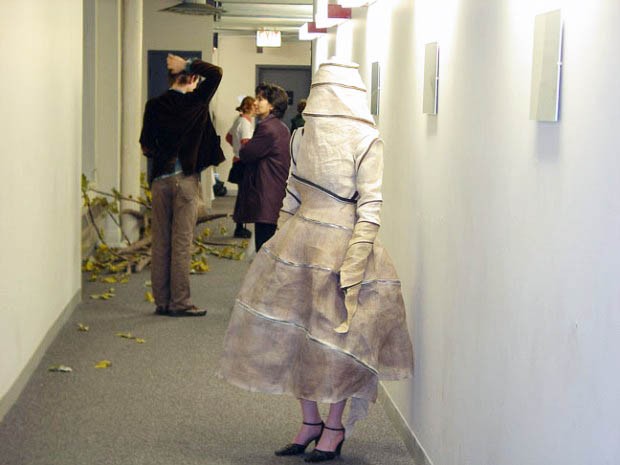 I have spent most of my life in South Korea. Unlike the United States, Korean society is extremely homogeneous. Koreans have strong bonds with family, school, and community. For complicated historical reasons, Korean people expect others to think or live in the same way as themselves. I used to feel odd living in that environment. I was always considering issues from two perspectives: what my family would think, how I would think. I have been examining problems occurring in these kind of environments through different explorations including psychology, social welfare, and culture studies. It has taken me a while to find my own identity, but now I know that the 25 years of my life living with these two different channels of thought is part of who I am.

My ultimate question is 'what is real, true, and normal?' Truth, reality and normalcy are relative. My approach to the question is looking at experiences, situations, and objects from different perspectives. Recently, I?&#65533;ve been interested in the double meanings and various perspectives formed by different cultural backgrounds. Being in a different culture makes me pay attention to small details of differences. My interactive installation ?&#65533;Feast?&#65533; examines such details. In the installation, I prepared a dinner setting under the table. Different kinds of place mats, plates, forks, chopsticks, Korean drinks, and floor mats were prepared for each viewer, and the foods and utensils were placed in the middle of the table. Each of the objects used in the piece had a small tag attached, with information about the place it was made, where it was purchased, its presumed history, and its usage in Korea. Viewers who experienced the piece expressed appreciation for the way in which their understanding of ordinary objects had been expanded. Using common items, but providing information that interfered with the viewers?&#65533; habits of understanding those items, I challenged assumptions about cultural certainty and created an opportunity for them to expand their perspective.

My process of mixing different media is like weaving. No singular structure dominates, and the relationship between the media creates a dialogue. Physical juxtaposition places the original material in a different context, creating a new being through the coupling, though the identity of a fabric, projection, or sound is not lost. Each medium speaks to the other, connecting to become a whole. I work in this way for several reasons. One, because formally and contextually I can't be fully satisfied with a single media. Two, because I enjoy the thrill of balancing different qualities of media. People don?&#65533;t easily get away from their old habits; my work follows the double channels of my thinking. The objects I construct are tactile and process oriented. I also work with found objects, chosen for their embedded meaning and/or to embody a piece formally. Including video in my work allows me to highlight the importance of process, drawing attention away from final products and to the ongoing states of construction and deconstruction. Rather than use video to represent reality, I emphasize its illusory qualities. Working with this kind of video in combination with actual physical objects raises questions as to what is real. When video is projected onto bright fluorescent bulbs, for example, it becomes very difficult to keep track of what is physically present, and what is image projected as video.

Recently, I'm expanding my medium to sound and performative way of display. I have been exploring physical, psychological, and spatial dynamics of private and public experience. For example, I made a garment visualizing a personal space within public space.