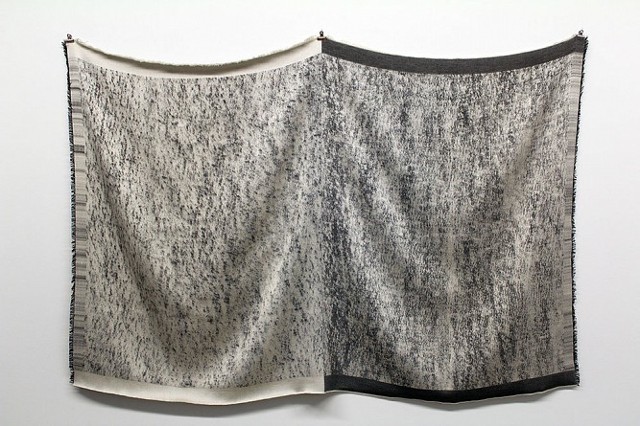 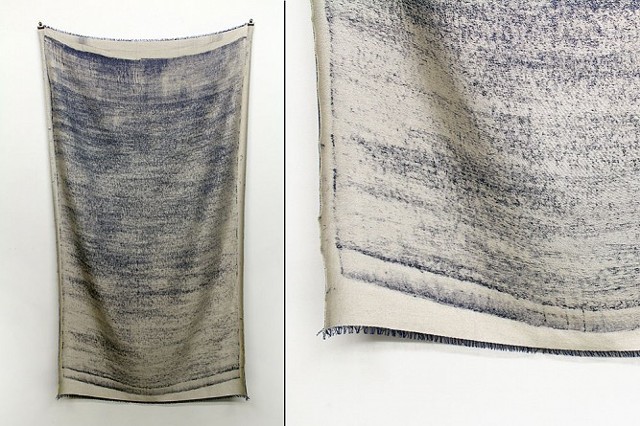 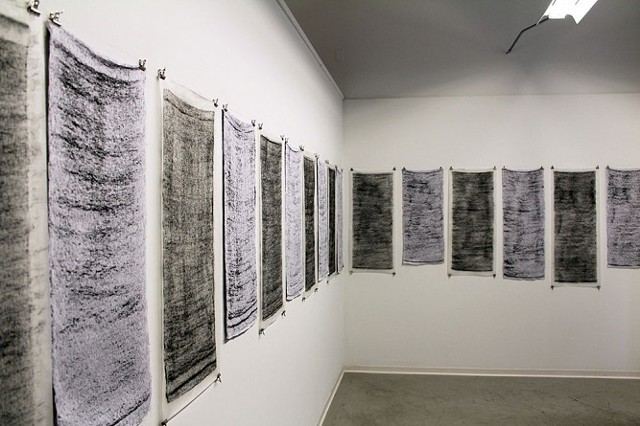 (From Sight to Touch) As One Becomes Another
hand jacquard woven cotton and synthetic yarn, charcoal on tracing paper 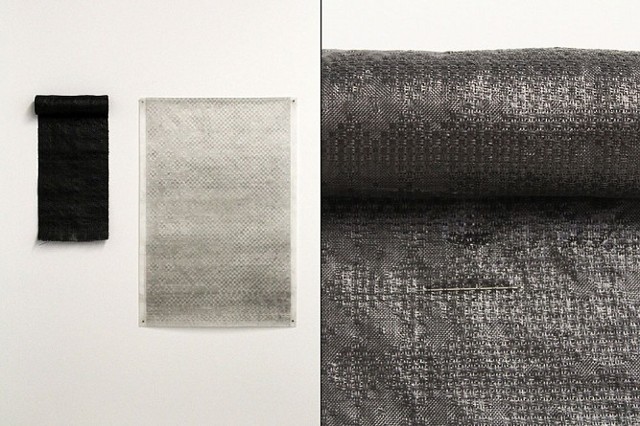 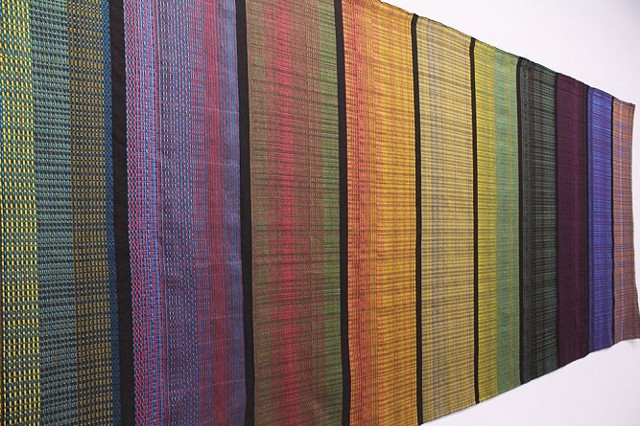 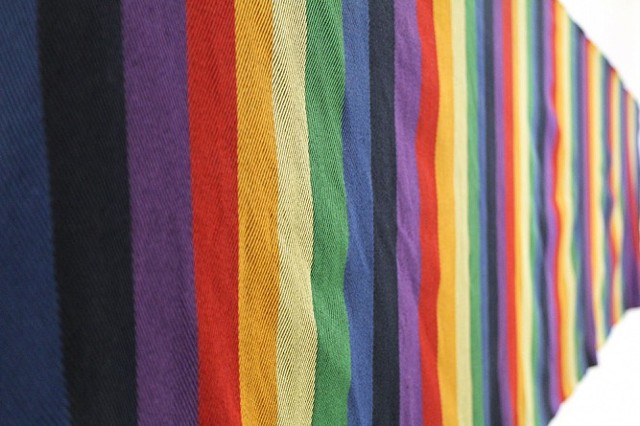 For an Hour Everyday
hand woven polyester, graphite A different colored stripe was woven for one hour, everyday, for 54 days. 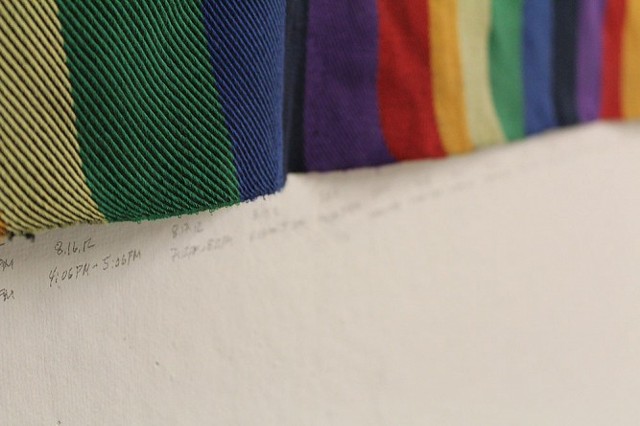 For an Hour Everyday
hand woven polyester, graphite A different colored stripe was woven for one hour, everyday, for 54 days 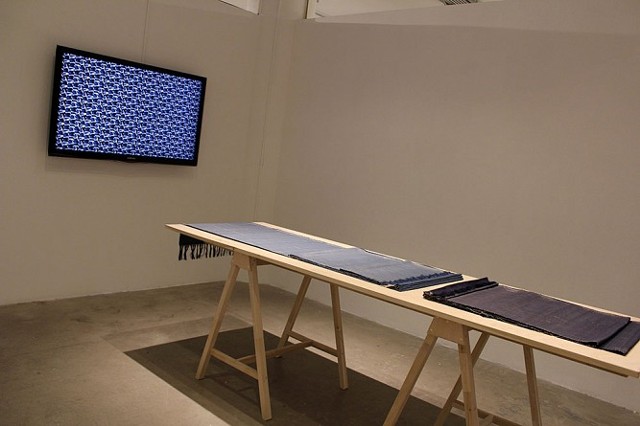 I work in repetition. Following the binary logic of the loom, I explore the digital in its encounter with the analog, building hybrid structures that echo the antonymous relationship of the mechanic and the somatic. Sitting at the loom my body conforms to the mechanical rhythms of the machine with continuously repeated motions. These repetitions are infused with the irregularities of my gesture resulting in an object that speaks of the human presence within a mechanical order. Even in the most mechanically regulated system, the sedimentary build up of weft threads acts as a physical marker of time. Working within this logic, I employ textiles as a means of denoting temporal distance.

In positioning weaving as a time&#8208;based medium, I draw connections to video and sound. Each system is based in the logic of working line&#8208;by&#8208;line, whether it is frame&#8208;by&#8208;frame, wave-&#8208;by&#8208;wave, or thread-by-thread. Working with this linearity, I build videos and sound like textiles. Weave drafts, the grid, and striated gradients are used as systems of logic in video and sound editing. The resulting compositions then become immaterial textiles that offer the viewer the experience of textile labor. This is an exploration of materiality through a completely immaterial mode of representation. Production yields not only material goods, but also produces choreographies and sonorities. Time is documented and experienced kinetically, aurally, and materially.

I engage in participatory refusals, subverting existing systems within their own logic. Sight is met with touch, critical distance with closeness, and industry with inefficiency. Rooted in the Catholic imagination, the work confuses the path of divine salvation with the goal of more, and ever more production. I draw connections between textile labor and masochistic Catholic penance, while at the same time refuting the Protestant labor systems rooted in prosperity with the inefficiency of Catholic devotion. Small gestures repeated to the point of absurdity invoke monumentality, and conflate the devotion of a masochistic Catholic penitent with the unending monotony of industrial production. In this, I offer (and seek) both, and neither. www.johnpaulmorabito.com