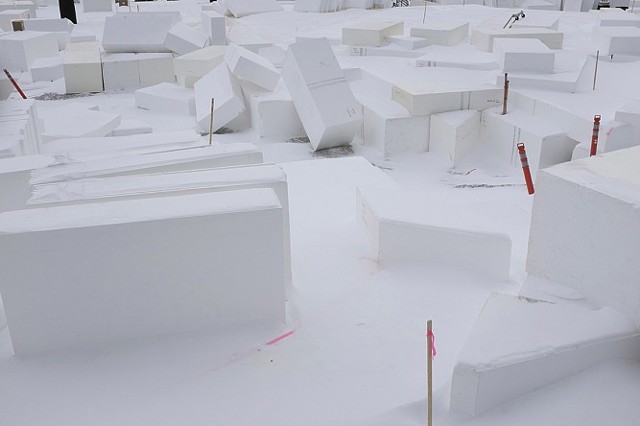 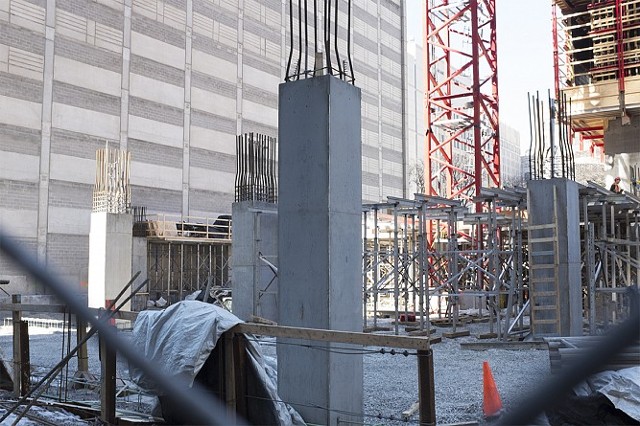 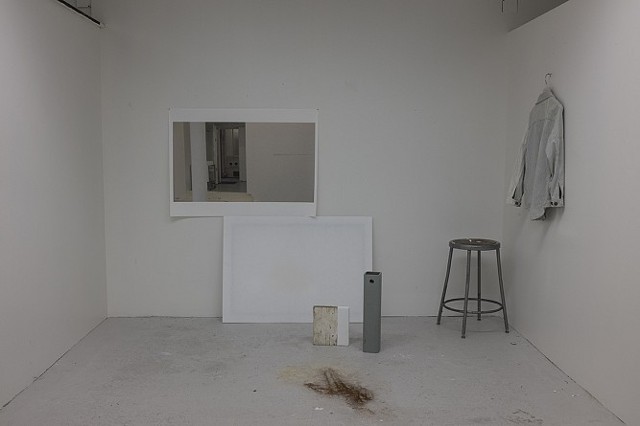 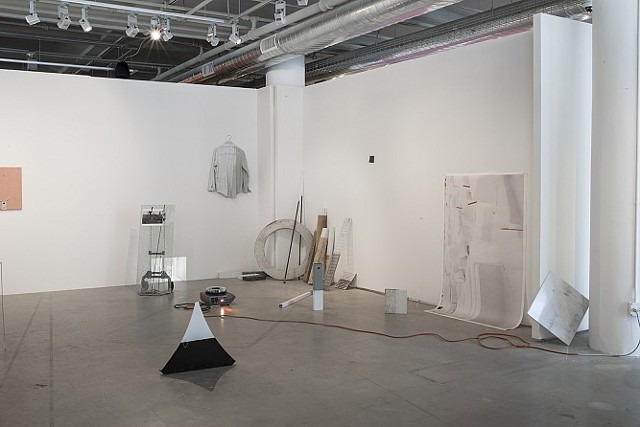 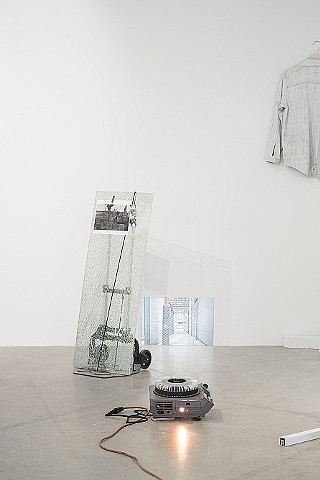 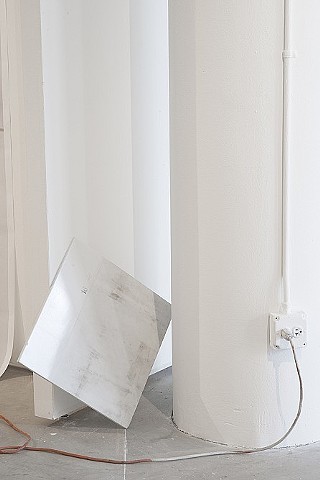 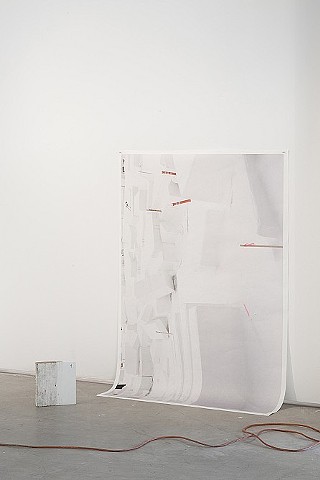 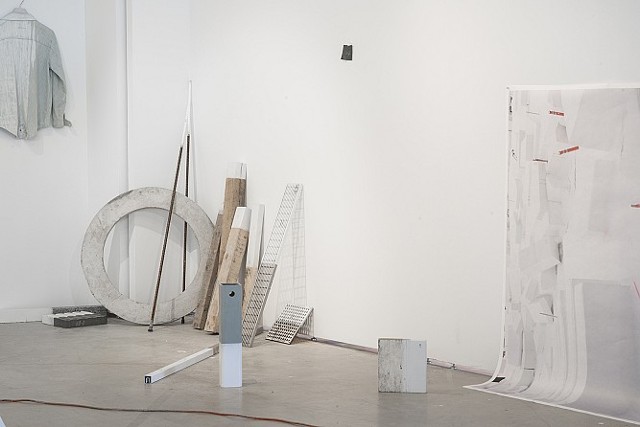 The long cold winter in Chicago turned all things white with snow, enabling a long and deep gaze into an introspective state. While I was walking around the buildings downtown, the gorgeous buildings were buried one by one under the snow and fog, disappeared. I began to look into the invisible structure that supports the inside. It was like a strenuous continued struggle, and it was as if I was seeing myself reflected in this moment.

As my ongoing long-term project, I have been picking up construction fragments on the street from surrounding buildings and construction sites in Chicago. The fragments are tools that are used in forming the structures of buildings. These fragments are not meant to be seen in the finished edifice. Rather they serve as sustaining structures in the shadowy background. The fragments I’ve been collecting could be inconspicuous objects used anywhere. Their substances remain absent to us when we do not notice them; they labor silently in invisible depth. I pull them out in the present moment and shed light on their efforts, aesthetics, layers and histories.

I cover sections of each fragment with white paint. I then engrave chronological numbers on each painted object to keep inventory. The paint sits on top of the object, with hard edges, starkly alongside the raw materiality of the object. The white covers parts of the history of the piece while, at the same time, emphasizes each abrasion, scuff, and dent present on the raw material. Furthermore, I document the process of my daily practice. I start everyday in my studio. I then go on a walk outside to collect materials and inspiration. I bring these materials back to my studio and alter them. During all stages of this process, I take a series of photographs, documenting and chronicling my day. At a certain point, the accumulated photographs start to function in the same way as the objects - as a reflection of a history of labor.