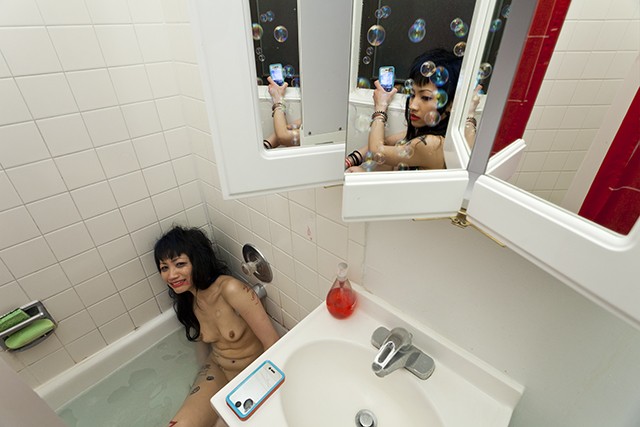 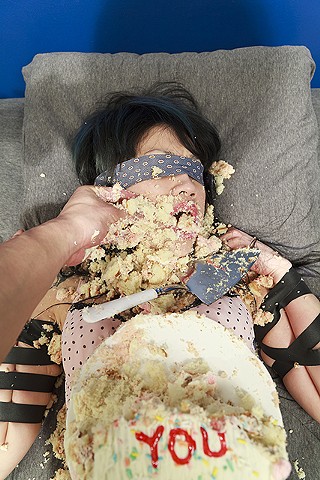 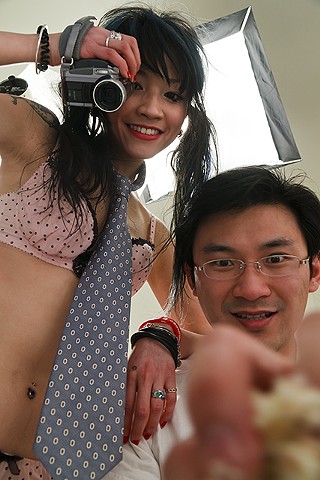 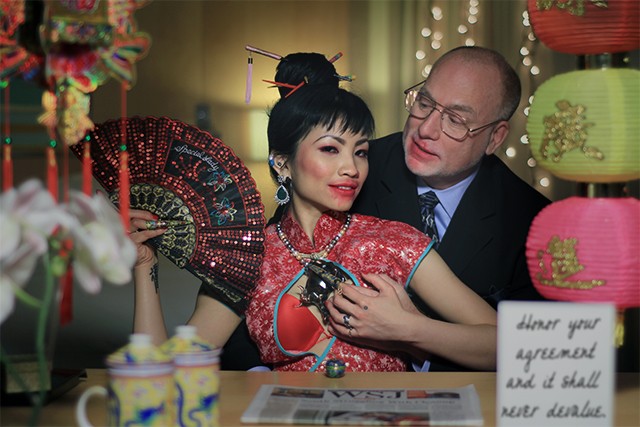 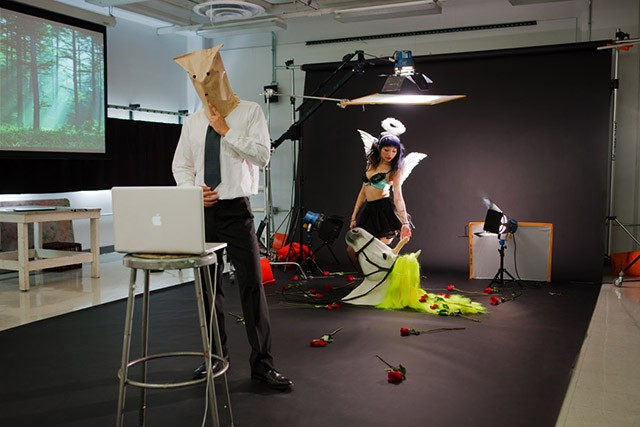 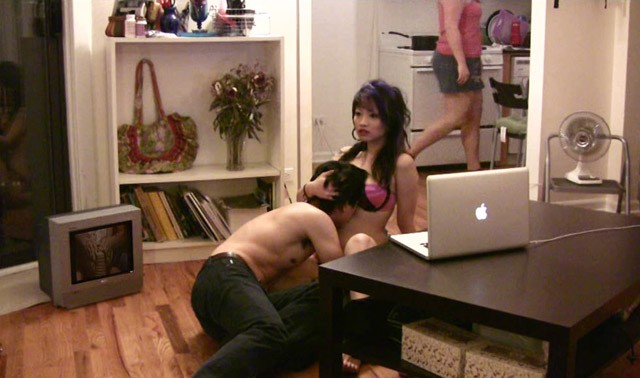 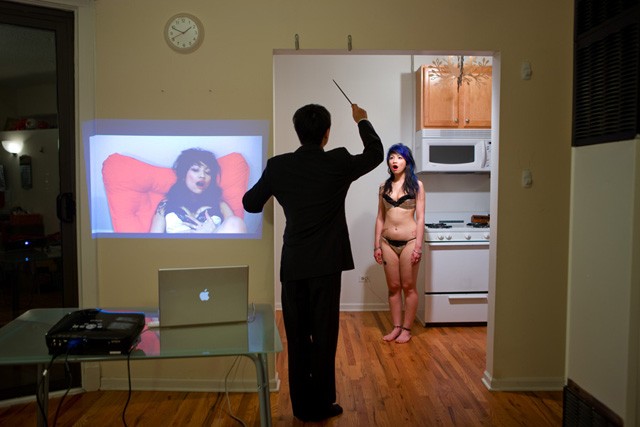 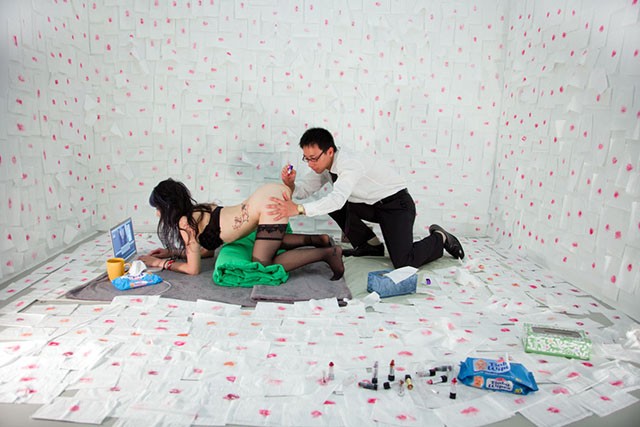 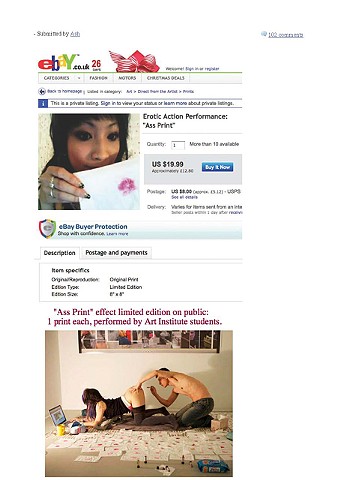 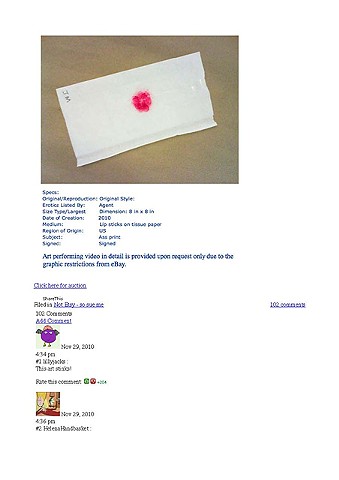 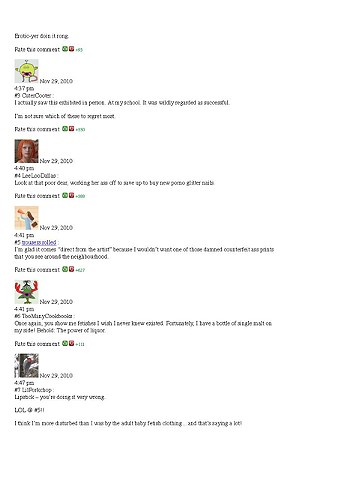 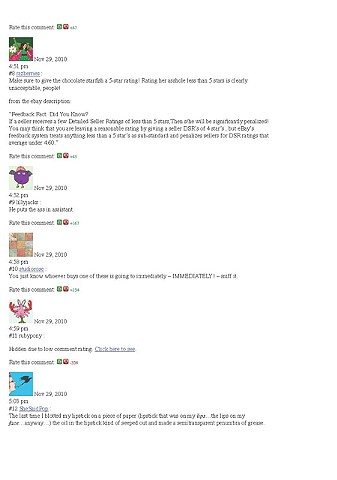 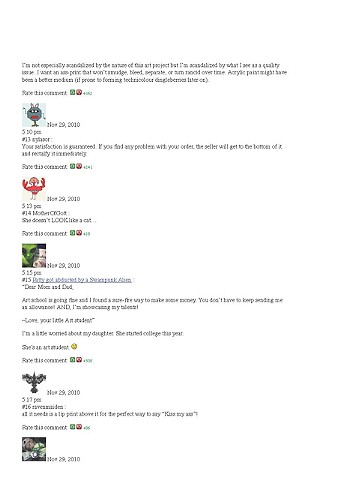 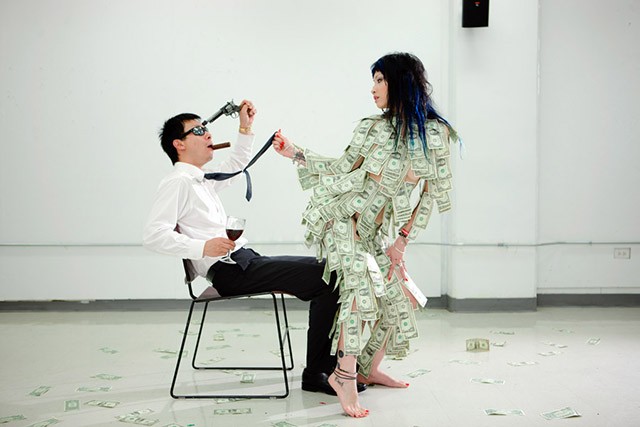 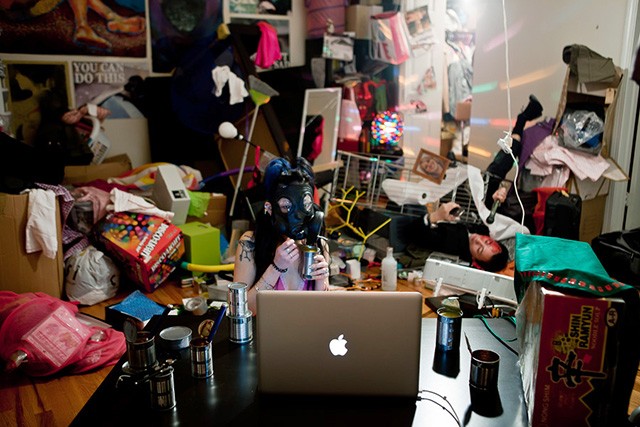 As an artist working In the form of performance-based video, I mark histories. I sincerely and directly render realities and fantasies that I have lived and constructed. I attempt to capture realty and truth through the contrast or binaries of reality and fantasy; masculinity and femininity; control and disruption. Using the conventions and transgressive potential I find in the context of pornography, I portray incomplete fantasies, “dual realities” on a one-dimensional screen or space. Pornography is the best playground for this critique because of it's subversive qualities and socially constructed position as a commodity.

In these works, I weave a web from men's gazes, complicated by the power play between socially constructed gender roles. In the performance space, this gaze comes from the stereotypical voyeur. On the Internet, it is a remote gaze from those watching virtually. In the gallery, the audience’s gazes merge to occupy both types of looking. By reading the live comments, the audience watches the gazes present during the production of the work.

Whether cultural, social, political, or economic, many complex, contentious and multi-layered relationships exist between sets of dichotomies, such as East and the West, fantasy and reality, old and new, still and active. Being both Taiwanese from Taipei and a US citizen and artist living in Chicago, I am engaged directly in these issues. My work exists at the intersections of these influences and concerns, between Taiwan and China, China and the United States, critically investigating commercialism, power relations and pornography in art.