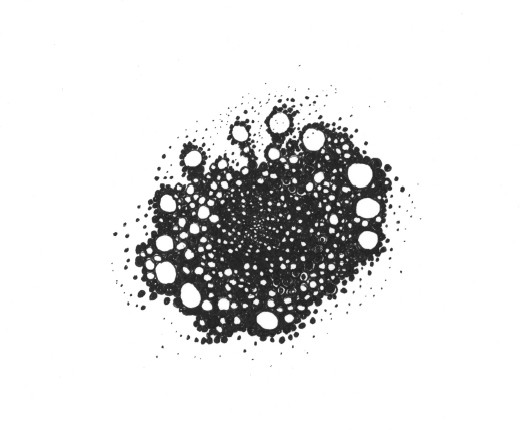 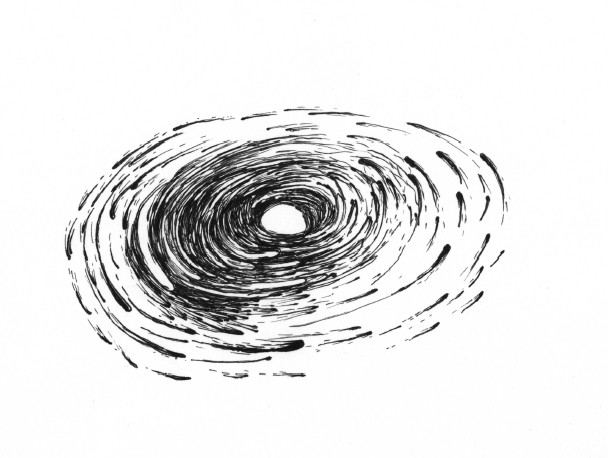 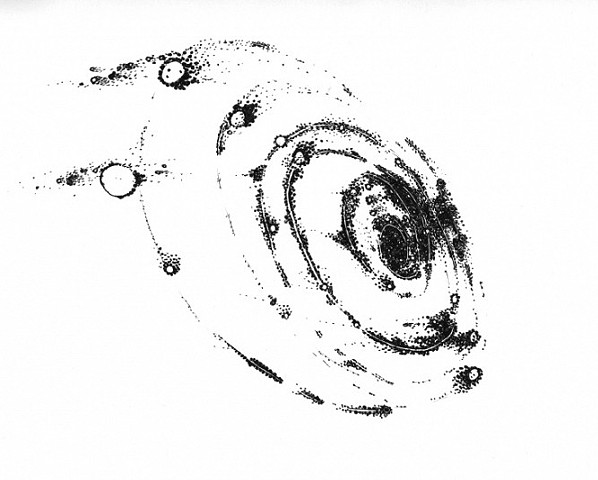 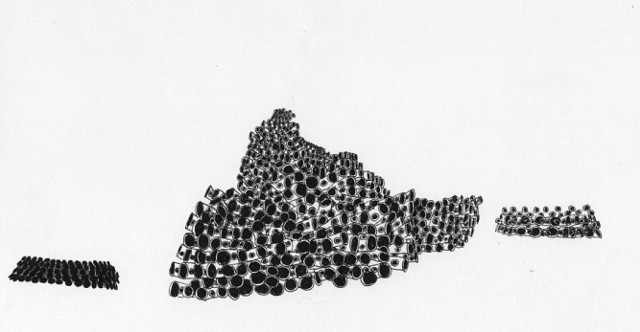 My project is the creation of new archetypes.&#8232;Technological devices, such as radio telescopes, are used to enhance human senses to detect the outer most limits of our universe. We can not see beyond the capacities of these instruments and so there is an edge beyond which is a void.&#8232;&#8232;The image of the ancient totem stands at the edge of human history before which there is no record of human language and so behind us there is also void. These two images, in my work, are joined into forms that act as a symbol gate. On one side, the functioning logical device, on the other, the prelinguistic totem. From both sides we peer into and stain our ears into the unknown.&#8232;&#8232;Within my current work, the void speaks. Amplifiers, in the form of two giant wasp’s nests, broadcast signals from the totemic black receiver perched on a scaffold above a pile of coal. Recognizable forms such as wasp nests, scaffold, and coal, bring visitors into the work as they construct sentences in an attempt to connect these differing forms. This process of bringing language to the nameable objects in the room is complicated by the unfamiliar functionality of these forms. IE they look like wasps nests yet they make musical sound. Through this combination of ancient and modern human and animal, familiar and unfamiliar I hope to bring a series of unexpected intersections to the audience.&#8232;