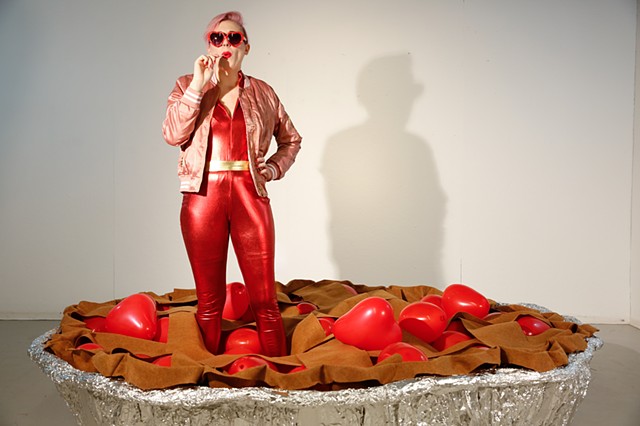 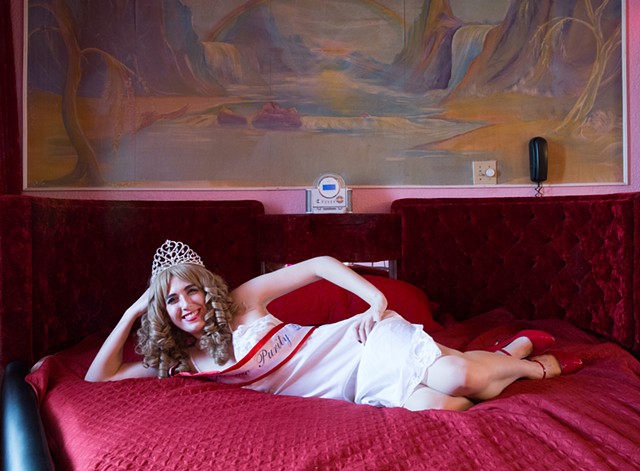 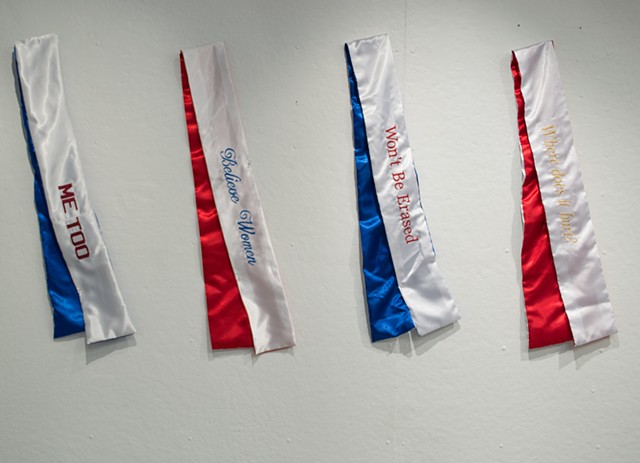 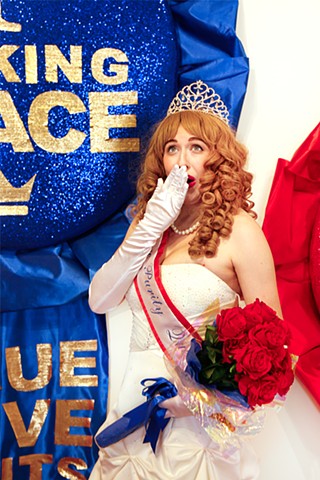 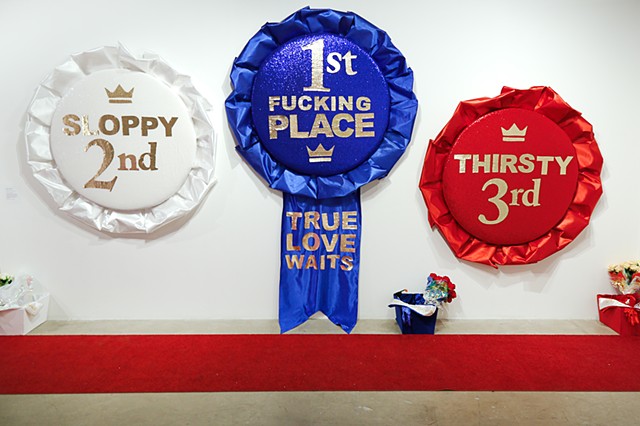 My work addresses violations of reproductive rights, gender violence, and sexism as a result of conservative Evangelical ideologies that have seeped into American politics and culture. Having been raised in a neoliberal capitalist Evangelical mega-church, I use the lens of “purity culture” (the obsession and value of “virginity”) to explore facets of popular culture that have influenced these ideals. Prominent themes in my work are beauty queens and the subsequent symbols and materials that are attached to that pageantry: for example, sashes, crowns and ribbons. I’m interested in mobilizing the learned experiences of abstinence and shaming to teach young people about their sexuality and sexual choices.

During the suffragist movement, sashes were worn by women to identify themselves to each other; thus the sash was a marker of the individual’s beliefs. Suffragist pageants and sashes were directly co-opted by the beauty pageant industry in 1922, beginning with the first Miss America pageant. Contrary to what we now understand this textile to be, sashes were originally an object of identity and protest. I hold “sash workshops” in which participants can make their own protest sashes, in an effort to reclaim this textile from the beauty pageant industry. My work provides a way for me to channel my own rage, at our country’s current state of mass hysteria, into protest.